Father Vitalis is from the South Eastern part of Nigeria. Father Vitalis entered the Seminary in 1999 after High School and studied Philosophy and Theology at Bigard Memorial Seminary, Enugu, and Seat of Wisdom Seminary Owerri, respectively.

Father Vitalis served as the Secretary General of his Order (Sons of Mary Mother of Mercy) and as the Spiritual Director and Chaplain to two Mission High Schools for five years. He also served as the Director of Communication to his Order for two years. 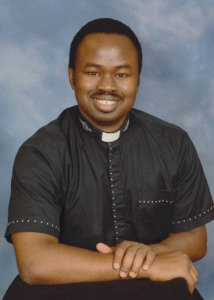